In my studies of Parkinson’s the two major things that jumped out at me were:

Studies have shown that dopamine levels can be increased in people with Parkinson’s.  Studies have found that the more a person enjoys something like a cup of coffee, whom they are with, the activity they are doing then, as a result, their dopamine levels with increase leading to a reduction in their symptoms.  Overall just feeling better.  How long the euphoria lasts depends on the person and their environment.

The Effects of Massage Therapy

In my experience, massage therapy is effective because it increases levels of dopamine.  Massage feels good and is highly effective in treating aches, pains, stiffness that a person with Parkinson’s will be naturally relieved.  This effect will raise their dopamine levels creating a sense of euphoria that can translate in a number of ways.  I’ve seen people stand taller, walk with confidence, gain facial expression, speak louder/clearer, and tremble less before and after a massage session.  Their central nervous system (CNS) anticipates the effects of the massage increasing dopamine.  Then the CNS is happy after receiving the massage releasing even more dopamine.  That when clients think about massage their dopamine levels are increased.  Massage therapy creates this reward system for the brain that creates and sustains dopamine levels in people with Parkinson’s (R).

The Best Types of Massage Therapy for Parkinson’s

There are a number of massage styles out there.  Here’s my approach.  I use a combination of myofascial release (MFR) for areas that might be described as “sticky, difficult, stuck”; I use Swedish massage in areas that are tight to promote blood flow that will nourish the tissue, break down inflammation, and make the tissue softer; and, lastly, I incorporate a lot of gentle stretching and range of movement (ROM) at the joints.  Depending on my initial conversation with my clients I will work on parts of the body or the entire body to achieve the desired goal.  Every session is tailored to my clients’ needs and therefore the types of modalities I may use during a session might change.  This is my common approach to working with Parkinson’s.

Massage therapy can greatly benefit those with Parkinson’s.  Before you start any treatment with a massage therapist, let them know what your symptoms are and how you’d like to feel after the massage.  They should be able to give you their plan of action. 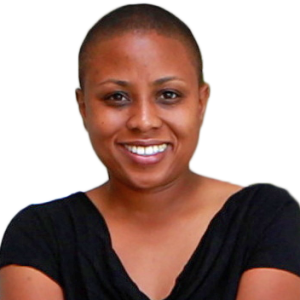 Hi. I’m Felicia. I’ve made a 20+ year career of massage and bodywork. And, I still love it. I also enjoy writing, playing music, photography, cooking, baking and painting. All of which I’m not very good at. I’m also a daily bike commuter.